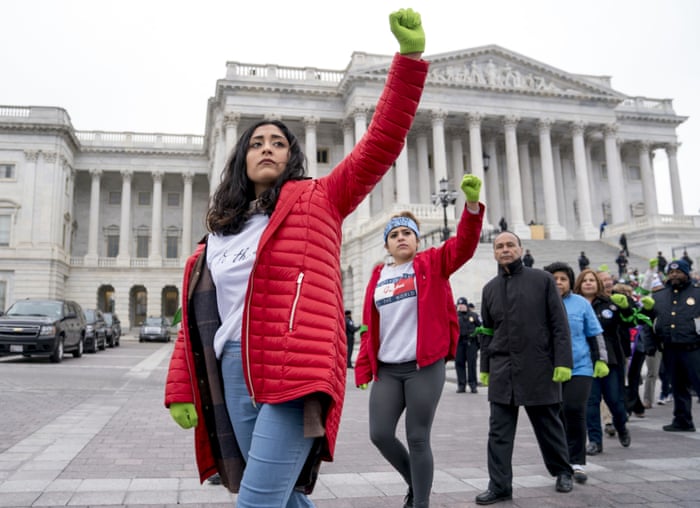 The Customs and Border Control Office told Univision News that its agents “are in charge of enforcing not only immigration and customs laws, but also monitor compliance with more than 400 laws for 40 other agencies and regularly arrest thousands offenders ”. Immigration Agents

The ‘zero tolerance’ immigration policy at the border also impacts foreigners who have a visa to enter the United States. A simple doubt, a bad answer, or the suspicion that a tourist is coming for a different reason or intends to work without authorization, is enough to have your visa canceled and you must wait five years to reapply for one.

Unlike previous governments, where the discretion of immigration officials was less rigorous than now, under this government controls “are more important” and determining when allowing or rejecting an entry into the country, says Rebeca Sánchez-Roig, a Immigration attorney practicing in Miami, Florida, and who for 15 years served as the immigration attorney for the Department of Justice.

“They (the agents of the Customs and Border Control Office -CBP-) have the directive to find out, check wallets and cell phones to see if they are using tourist visas for other purposes. If they are discovered or suspected, they proceed to cancel the visa and return abroad, ”says Alex Gálvez, an immigration attorney who practices in Los Angeles, California.

The case of “Ana”

Ana’s name is not Ana. She asked to remain anonymous for fear of never entering the United States again. He says that a week ago he traveled from Colombia to the Newark airport in New Jersey.

“Under this government, the reviews at the ports of entry are more rigorous,” warns Gálvez.

“And keep in mind that they will review your immigration history. That is, if a person comes many times and stays for a long time, five or six months, then returns one week to his country and again enters for another five or six months, the government will consider that this is no longer tourism and they will cancel the visa ”, he points out. “More cases are being seen with this government.”

The case of “Humberto”

In the last year, the number of direct flights between Caracas and the United States was drastically reduced, a situation that led many Venezuelans to use Aruba as a route to get to Florida.

“I used that route because I couldn’t get a flight,” says Humberto, who had a valid B1 / B2 tourist visa to enter the country.

Humberto, whose name is different, but asked to keep his identity confidential, added that “when they stopped me they also did it with 14 other people. They asked me several questions and I think they saw something and that’s why they canceled my visa. There were also elderly people in the group they took out, ”he says.

Like Ana, once her visa was canceled (with a stamp stamped on her passport) she was told that she had to wait 5 years to re-manage a new permit at the United States Consulate in Caracas.

What the government says

CBP confirmed the fears. He told Univision News that his agents “are in charge of enforcing not only immigration and customs laws, but also watch over 400 laws for 40 other agencies and regularly arrest thousands of violators.”

persons who appear at a port of entry and apply admission, they have the burden of proof to show that they are clearly eligible to enter the United States, ”says Jeffrey Quiñonez, spokesman for CBP.

“Sometimes the person may have provided false information to obtain the visa or used another person’s documents,” added Quiñonez.

–immigrate to the United States. For example, a foreigner with a tourist or business visa (a nonimmigrant visa) usually has permission to enter and leave within a 6-month period. But this is not a visa to immigrate and apply for residence in the country. ”