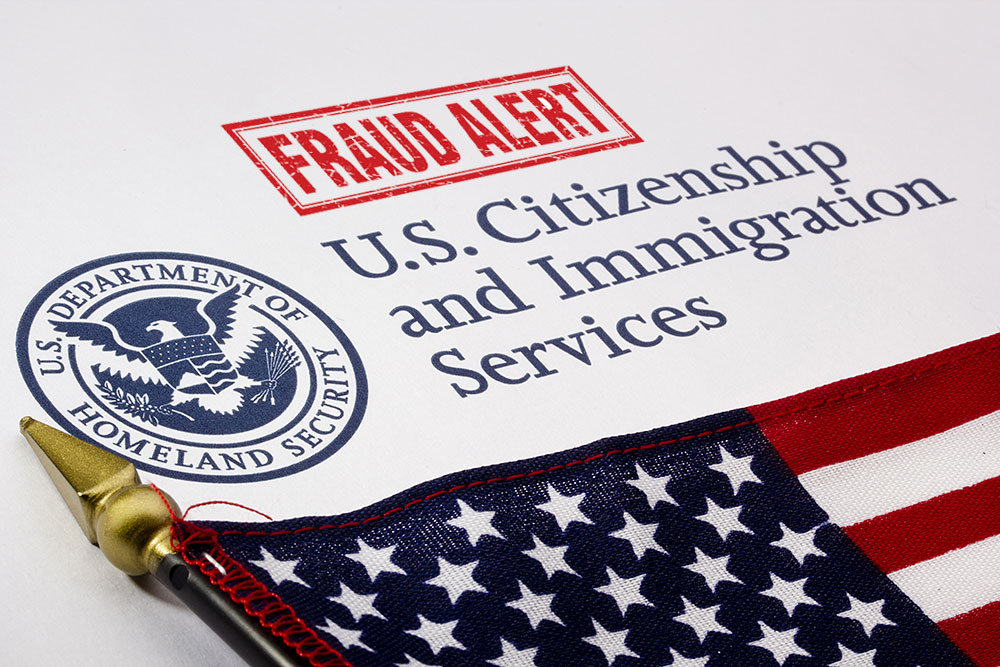 Today we will be discussing 5 most common immigration scams. Immigration matters can be complicated and distressing, with limited resources and an understanding
Limited to the English language, foreigners are the perfect prey for the scammer looking to make a quick buck.

Being caught in an immigration scam can be extremely damaging to the victim. The status
The victim’s immigration risk may be at risk and his chances of future relief may be impaired.

Even people who think well can cause problems for the immigrant later, since they are not
familiar with the constantly changing laws.

By staying informed, foreign citizens can identify the signs of an immigration scam
and take the appropriate measures to avoid any further damage. Work with authorized people and
Authorized by the United States government it will protect the foreigner from people who try to deceive them.

Below are the most common immigration scams foreigners should be aware of:

1. Notary Public Scams- This type of scam is generally directed at people in Latin America. In
many notaries public of Latin American countries or “Public Notaries” in English means something different
that it is here in the United States. In other countries, notaries public are the judicial authorities that
they have special credentials. In the United States they generally only have the power to witness the
firms. Only an attorney or accredited representative can represent you.
Notaries public are not attorneys and are not authorized for someone to provide legal services
related to immigration ..

2. Visa Lottery Scams – The State Department administers the diversity visa program,
also known as the Visa or Green Card lottery. The State Department will never send about
be selected in the diversity immigrant visa program.
Scammer will contact foreigners, claiming they have won a visa in a raffle. They use this
Trick to get access to your personal information The scam artist will contact foreign citizens
They claim that they have won a visa in a certain lottery or have them send money to a fraudulent account.

3. Internet Scams – Scammer will create websites that appear to or are intended to be affiliated with USCIS. Other
time, with the intention of accessing personal information or monetary compensation from abroad.
When trying to access USCIS online make sure the web address includes .gov at the end. States only
The United States can use the .gov designation at the end of a web address.

5. Job Offer Scams – Promises of a job in the United States in return
of an advance payment should be viewed suspiciously and more than likely they are
a fraud. Although the job offer is legitimate, foreigners cannot work in the
United States unless you are a permanent resident, have a work permit or a
employment visa.